Penang might be a small island* off the west coast of Peninsular Malaysia, but it is probably the country’s most popular destination to visit. Penang boasts a lot of heritage architecture, great street food, a mountain, and a small but pleasant national park on its northwestern coast. Penang was one of the British Empire’s former Straits Settlement, and its capital George Town is also a UNESCO World Heritage Site, which it shares with Malacca, another former Straits Settlement. With almost 40% of its population being Malaysian-Chinese, Penang has the highest proportion of Chinese in Malaysia and is one of the country’s most multicultural places.

The capital George Town has an extensive heritage district that boasts many historic colonial buildings including a fort, Chinese temples and halls, shophouses, churches, mosques, and mansions. This is similar to Ipoh, the inland city which was my previous stop on this trip, though much more extensive. Some of the buildings have been restored and look very new while those that had not still have a sort of old-time charm.

There are also several murals in various buildings, with the most well-known painted by Lithuanian artist Ernest Zacharevic (I only came across two or three of them but I wasn’t actively searching for them). Popular with tourists, Zacharevic painted them in 2012 for the George Town Festival. My favorite mural, the “Indian Fisherman,” was painted by another artist.

One of the most well-known sites is the Clan Jetties, several long waterfront piers along which entire Malaysian-Chinese clans live. I found several of them quite touristy with gaudy signs and lots of souvenir stalls, but there were also a couple of quiet ones. To be honest, I found the view of the sea from the end of the jetties more interesting than the actual jetties. As people actually live there, remember to be respectful when walking around and taking photos.

One notable piece of Chinese history in Penang is the Sun Yat-sen Museum, the preserved house where the Chinese revolutionary Sun, often considered the “father of modern China,” lived for several months in 1910. While there, he organized and raised funds from the local Chinese community in his efforts to overthrow the ruling Qing Dynasty. The house is a fine, elegant two-story dwelling that is very long and features open space in the centre.

Penang is famous for food. However, I’m not a foodie and was traveling solo, so I didn’t indulge in too much of the local delicacies. I did enjoy Chinese noodles and Indian food, as well as nasi kandar, which is rice with fried chicken.

*Penang also includes part of the neighboring coastal mainland called Seberang Parai, which is larger than the island. But travelers usually just go to the island, which for all purposes is Penang.

How to get there: You can fly to Penang or you can cross over on a car ferry from the mainland, after getting off the train at Butterworth station (which I did). 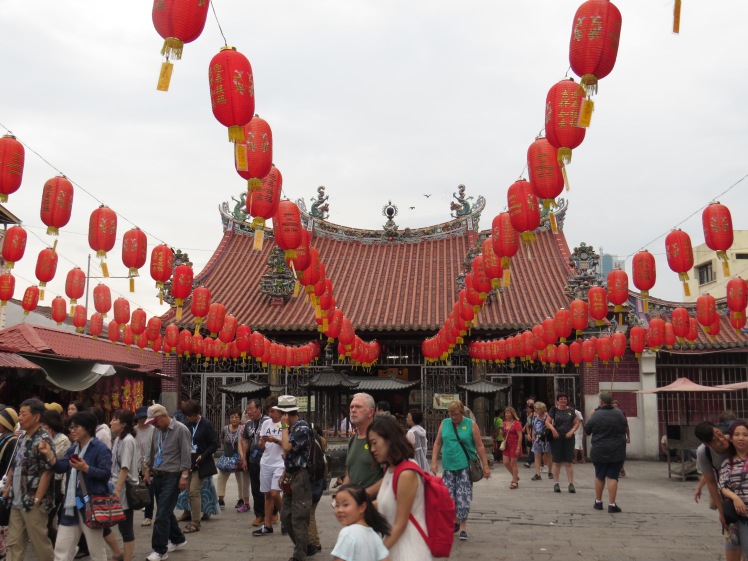 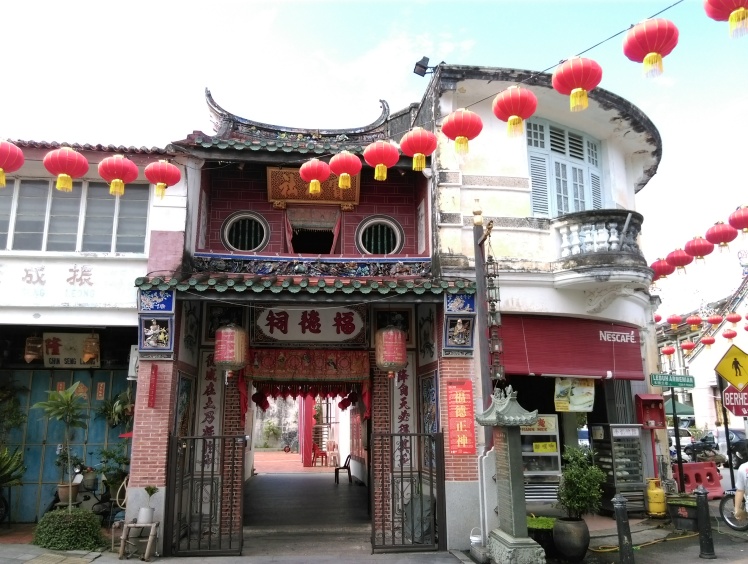 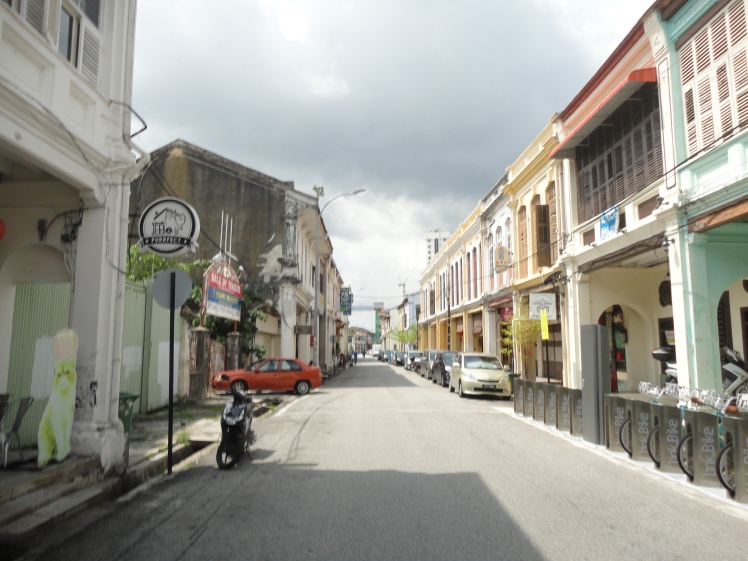 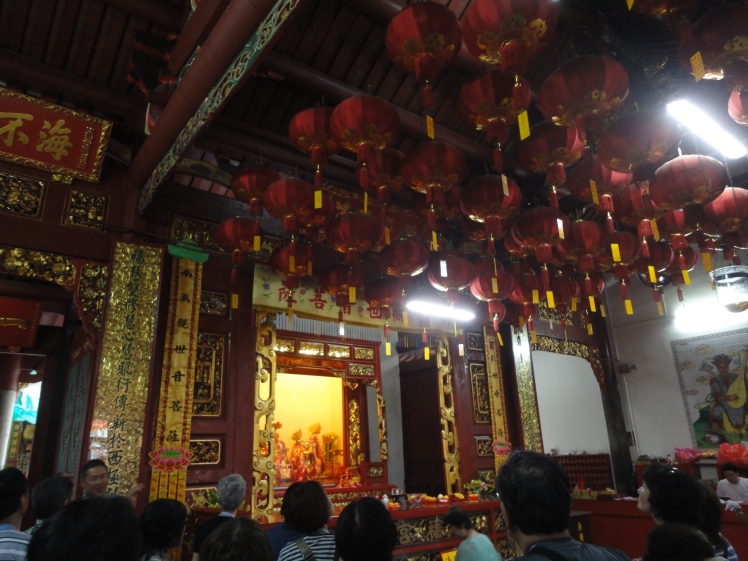 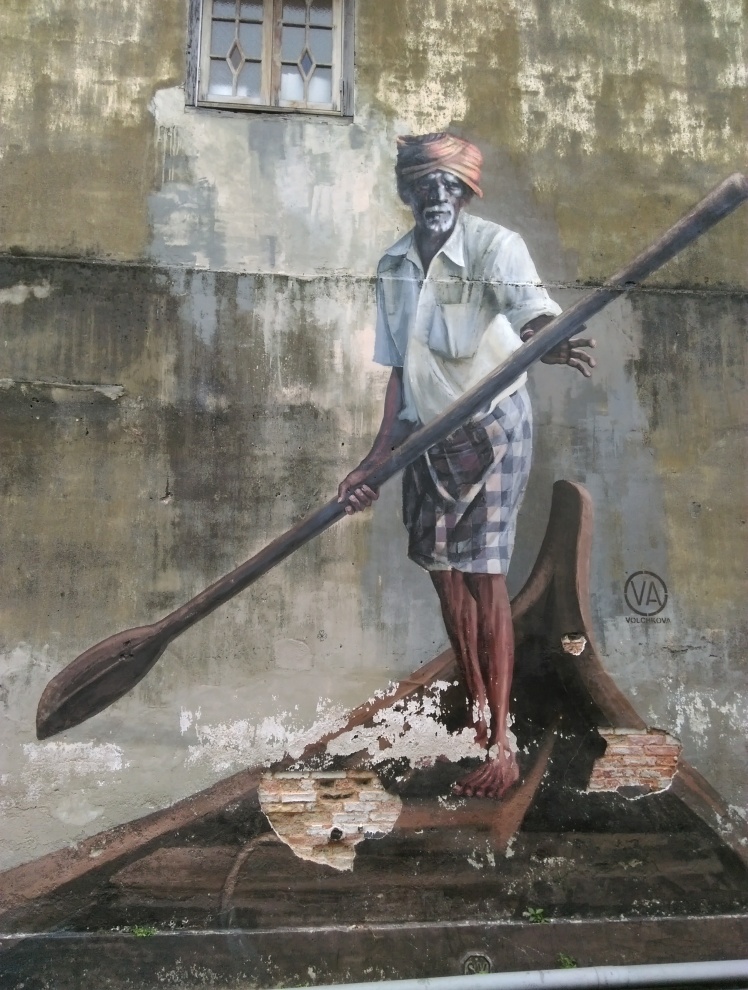 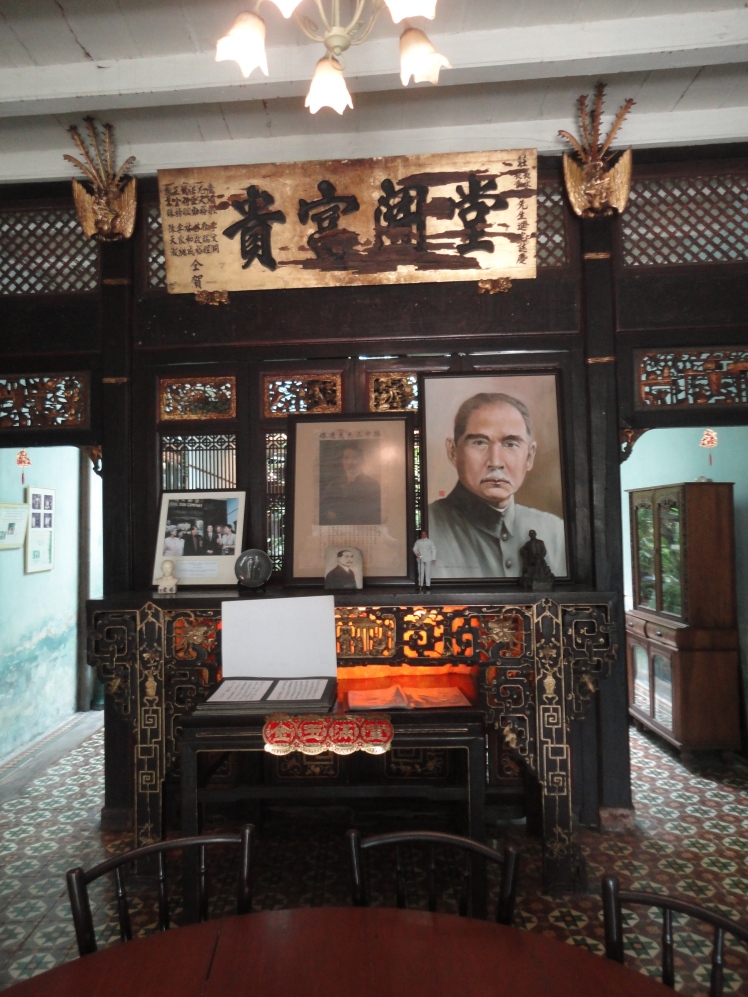 Inside the Sun Yat-sen Museum, a large house where Sun stayed for several months (above and below)

Kapitan Kling mosque, built in 1916 to replace an older mosque built in the 19th century 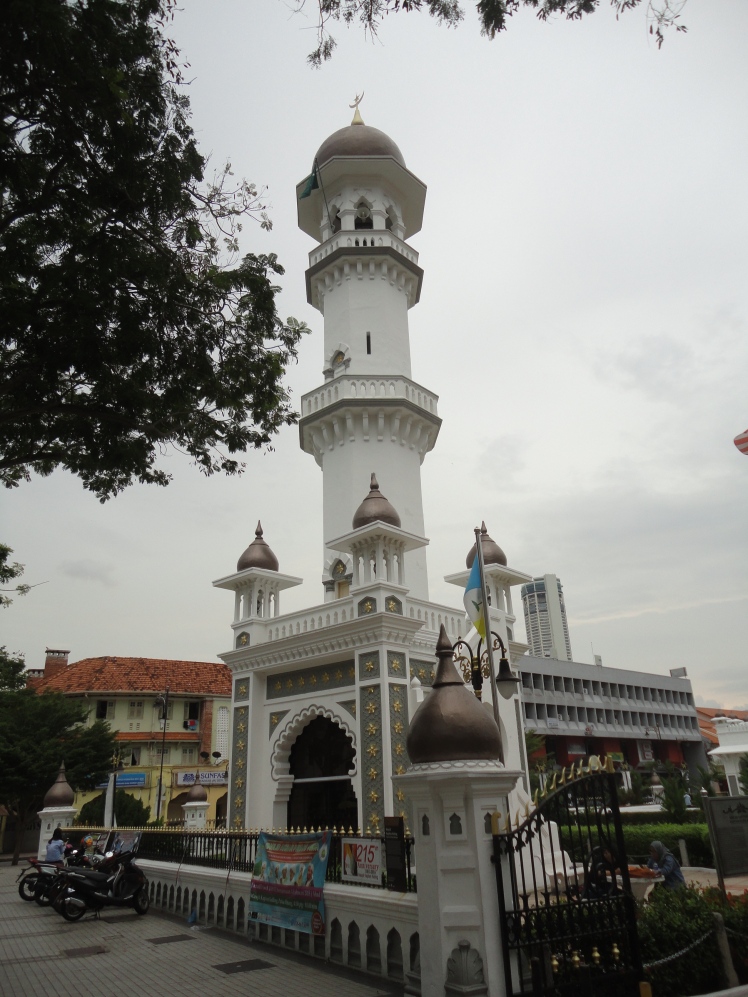 Entrance tower of the mosque

Aboard the car ferry to Penang